2019 for Centro Plaza Shopping Center has been fantastic!

From Centro Comercial Centro Plaza we wish you a prosperous new year and we want to celebrate it with the following summary of our activities and events in 2019:

On 5th January:  We were part of the Cavalcade of his Majesties the Magi from the East of Nueva Andalucía. Carlos García Perujo, our Manager, was King Baltasar.

On 27th January:  We celebrated our 4th edition of the Centro Plaza Solidarity Race in favor of Cruz Roja, where more than 300 runners made it possible.

On 2nd April:  We were part, as speakers, of the round table “Present and Future of Traditional Trade” organized by Apymespa (Association of Medium and Small Enterprises of San Pedro Alcántara).

On 11th April: The Town Hall of Marbella gave us recognition for our good management and quality of service.

On 20th April: We collaborated with Gunnel’s Fashion and C de Salamanca in the realization of an event where the new fashion collection by Dea Kudibal and the new Maserati Vulcano were presented.

On 2nd May: CIT Marbella organized one of its meetings in Centro Plaza, where more than 80 businessmen from the municipality accompanied us.

On 21th May: Together with Apymem (Association of Small and Medium Enterprises of Marbella) we organized a training day where we talk about Social Networks as a tool for business development and personal branding.

On 31th may: With C de Salamanca and the Swedish Hispanic Chamber of Commerce, we organized a round table entitled “The rise of the Swedish business sector on the Costa del Sol”.

On 6th June: We were moderators of the networking table “Interest groups reflect on the challenges of the SDGs” an event organized by the magazine “Corresponsables”.

On 28th June: We renewed our agreement with the University of Malaga for the development of the 2nd edition of the Master in Retail Marketing.

On 26th September. We had the honor of being part of the magazine Vida Económica.

On 18th October:  We were invited to participate in a workshop about trade by Cámara de Comercio de Malaga, where we talked about the present and future of shopping centers and retailers.

On 30th October:  With the Red Cross and Isacsson Abogados, we organized a dialogue table to show how co-responsibility benefits the diversity of companies. 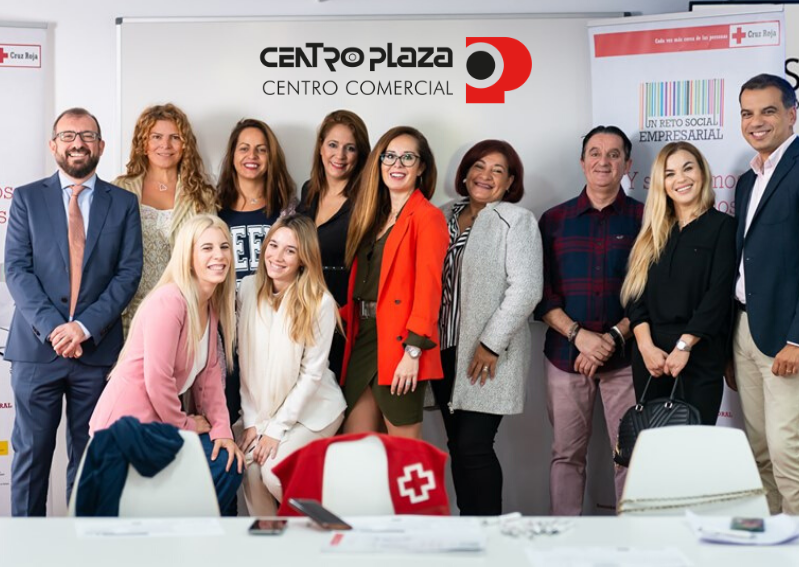 On 8th and 22th November: We visited the Valle del Azahar high school of Cartama and the Ramón y Cajal high school of Fuengirola with the Provincial Forum of Socially Responsible Companies, to talk  about CSR value as a formula for management and business management compatible with profitability , sustainability and economic competitiveness.

On 4th December: We were part of the “Business Ethics” conference organized by the University of Malaga and the CEM. Our conference was: “The Code of Ethics, the basis for a new relationship and cooperation with stakeholders.”

On 27th December: The Confederation of Entrepreneurs of Andalusia awarded the Corporate Social Responsibility Award to Centro Plaza.

Happy new year and thanks for making Centro Plaza possible!

Would you tell us something?

Usamos We use cookies on our website to give you the most relevant experience by remembering your preferences and repeat visits. By clicking “Accept”, you consent to the use of ALL the cookies.
ConfigurarACCEPT ALL
Manage consent

This website uses cookies to improve your experience while you navigate through the website. Out of these, the cookies that are categorized as necessary are stored on your browser as they are essential for the working of basic functionalities of the website. We also use third-party cookies that help us analyze and understand how you use this website. These cookies will be stored in your browser only with your consent. You also have the option to opt-out of these cookies. But opting out of some of these cookies may affect your browsing experience.
Functional
Functional cookies help to perform certain functionalities like sharing the content of the website on social media platforms, collect feedbacks, and other third-party features.
Analytics
Analytical cookies are used to understand how visitors interact with the website. These cookies help provide information on metrics the number of visitors, bounce rate, traffic source, etc.
Advertisement
Advertisement cookies are used to provide visitors with relevant ads and marketing campaigns. These cookies track visitors across websites and collect information to provide customized ads.
Necessary
Necessary cookies are absolutely essential for the website to function properly. These cookies ensure basic functionalities and security features of the website, anonymously.
SAVE & ACCEPT